Tickets go on sale to the public Friday, Jan. 10, at 10 a.m. ET through ussoccer.com, by phone at 1-800-745-3000, at all Ticketmaster ticket centers throughout South Florida (including Walmart stores) and at the Wally Sanger Owl Club Center ticket office on the Florida Atlantic University campus (open Monday-Friday 8:30 a.m. to 5:30 p.m.). [Note: Tickets will be sold at FAU Stadium only on the day of the event.]

Groups of 20 or more can obtain an order form at ussoccer.com or call 312-528-1290. Ultimate Fan Tickets (special VIP packages that include a premium ticket, a custom-made official U.S. National Team jersey with name and number, VIP access to the field before and after the game, and other unique benefits) are also available exclusively through ussoccer.com.

As a sponsor of U.S. Soccer, Visa is pleased to offer all Visa cardholders access to an advance ticket sale for this match before the sale to the general public. This advance sale starts Thursday, Jan. 9, at 10 a.m. ET and runs until Friday, Jan. 10, at 8 a.m. ET at ussoccer.com. Visa will be the only payment method accepted through the Visa presale and is the preferred card of U.S. Soccer. Terms and conditions apply.

The U.S. team will travel from its Jan. 31 match against Canada in Frisco, Texas, to South Florida in preparation to face Russia.

This will be the second appearance for the U.S. Women at FAU Stadium. The WNT ended a fantastic 2012 there with a 4-1 victory against China PR. This will be the USA's fourth game in the past 14 months in the state of Florida.

The USA has not faced Russia in more than a decade, with the last meeting coming on Sept. 29, 2002, a 5-1 U.S. victory in Uniondale, N.Y. Russia put in a respectable performance in group play at last summer's UEFA Women's Championship, falling to France 3-1 before tying England and Spain, both by 1-1 scores.

"It's always a positive to play countries that we maybe haven't seen that often," said U.S. Women's National Team head coach Tom Sermanni. "The Russians have some talented players and with eight European countries qualifying for the next Women's World Cup, every country in that tournament is going to have to navigate some very difficult European opponents."

The USA has an all-time 5-0-1 record against Russia.
The USA played Russia twice in the early 1990s, winning both games handily.
The one draw against Russia came on Aug. 15, 2000, a 1-1 tie in College Park, Md., that was the final start of Michelle Akers' career. Akers also scored her final international goal against Russia two days earlier in a 7-1 victory at Annapolis, Md.
Russia did not advance to the quarterfinal round of last summer's UEFA Women's Championship, finishing in third place in Group C behind France and Spain.
The U.S. team is ranked No. 1 in the latest FIFA Women's World Rankings while Russia is No. 21.
The USA is 16-4-1 all-time in Florida.
E-Mail: rickthendersonjr@gmail.com 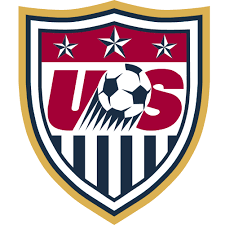 I hope that's painted on!

TB - Thanks for sharing.

US National Team soccer at FAU Stadium or body painting?

Both are actually pretty nice!

Alex Morgan is a total babe.


Yet again we agree…
Teambeer is the most knowledgeable FAU sports fan I know, way smarter than me.

Woah…last match against China wasn't like that, I think I paid like $60 to sit in the Hyundai deck