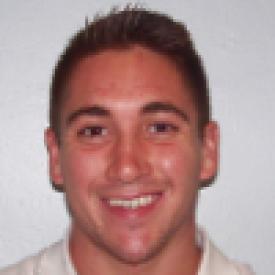 Saturday at half time of the FAU vs. Tulsa contest, the man who pioneered Owl football will be honored for his accomplishments. FAU Stadium will soon be known as Howard Schnellenberger Field, but if you know anything…

As the only team in the nation so far to play two top 25 competitors, FAU is ready to take what they've learned and move forward to conference play. This was clear at today's weekly press conference.… Saturday at half time of the FAU vs. Tulsa contest, the man who pioneered Owl football will be honored for his accomplishments. FAU Stadium will soon be known as Howard Schnellenberger Field, but if you know anything of the history of this young football program, you know that the stadium is already known as The House Howard Built.

Recently, I had the opportunity to sit down with the living legend and pick his brain. Here is a bit of what the conversation consisted of:

Q: Faced with the task of erecting a football program from nothing 16 years ago, what made you accept the challenge and did you ever foresee such a rapid growth within the program?

Schnellenberger: No, theres no way you could envision or estimate how long it would take. Before I took the job I had to give it a lot of thought. I had to really study the assets that this University had and the opportunities that would be here. After 3 months it became obvious that Florida Atlantic at the time was a little brother to the University Miami as far as location, proximity to recruits, sub-tropical climate and being 1.2 miles from the ocean. It was about 35 years old and they had a president that was strong about his desire to build a football team. He knew that, that was the only way to unite the university, by giving it a central location and using it to attract people to live on campus and come here from out of state. His summation and analysis was absolutely correct and his desire to make it all happen gave me strength to believe that he would stick with me during the tough times. Thats the reason why I took the job, and because I knew it was a unique opportunity. All the great coaches of all time had never been asked to start a new football program. Theres something very special about being a blood father to a new football program. When you start something when there is nothing, thats creation.

Q: Coming full circle, can you touch a bit more on what it feels like to look back on where FAU football was when it began in comparison to where it is now?

Schnellenberger: Creation. They said, Well you gotta start from scratch and I said, Well I dont see any scratch around here. When I was home with mother as a boy and she was going to make something from scratch, scratch was the ingredients that she had on hand and from there she could make biscuits or bread or pie or whatever. Now when you have to go from creation, you almost have to go to the deity and take his example: human beings. So it started with a lot of foreplay and the foreplay was going out and raising money, going out and selling the program and doing all that. The next thing was birth. Birth was the first recruiting class. Then baptism, baptism was the first season. We had a year of Saturday scrimmages with no actual games. Then confirmation was the third season when we confirmed as young men and then getting into the first bowl game was young adulthood. Building the stadium was manhood and now were prepared to be a champion and thats what I anticipated coming in as the first coach and the creator of the football team. There were so many times in there when it felt like we weren't going to be able to do it. The economy in 2001 stopped funds coming in, then again in 2006/2007 and then here recently another time.  It provides a great thrill to know that the team has been able to prevail and succeed through all of that.

Q: In such a short time, relative to most programs, FAU football has obviously come a long way Where do you see the program going in the future?

Schnellenberger: All the stars have lined up. When I came here I said wed win the National Championship and the only variable will be time. I truly believed it and I still believe it. Thats why I chose to stay on after I stepped down from coaching as an Ambassador-at-Large. I can see it now. We have the right to believe that we can win the National Championship in a reasonable period of time. No reason why we cant. Were sitting here in the middle of the best football players in America and we have the recruiting advantage of being close to home and being able to scout and visit them on a much more frequent basis.

Q: Having the field named after you must be a huge honor, that goes without question, but aside from that, what emotions do you think youll be feeling this weekend at halftime?

Schnellenberger: The feelings are too much, my cup runs over. To have my name written indelibly on the field for simply doing my job, Im humbled by it. Im thrilled and my family is thrilled that the University feels so strongly about us. One thing I want everybody to know is that I wouldn't have been able to do it without the leadership at the top, starting with the Presidents and the Board of Trustees that have been here, the faculty, our faculty is as good as any, the coaches that I've been able to bring in that couldve gone somewhere and made more money but came here because they believed theyd be a part of greatness a great story, and finally the players, especially the ones who never got to play in the stadium.

One thing is for sure, on Saturday there will be no one that deserves the honor more than Coach Howard Schnellenberger. FAU should be forever grateful for what this visionary has done not only for its football program, but for the entire university.

However, he is well aware that it takes more than one man to build a pyramid and that metaphor applies to his success in raising a football program and it's stadium from nothing. While Schnellenberger will be honored by the University, he will also be doing some honoring of his own. As a gift to the coaches and players who assisted him in laying the foundation of FAU football, coach has invited back all of those that were never able to play in the stadium. To commemorate what they did for the program he will also be presenting them with a panoramic picture of the stadium with their names at the bottom as a token of his appreciation for helping bring a dream to reality.

A pregame unveiling of Howard Schnellenberger Field will occur during a special ceremony at the southwest corner (Gate 1) of FAU Stadium beginning at 6:30 PM.

posted Sep 11th 2014, 10:45 PM
I'm really happy Schnelley gets a chance to be honored at this Saturday. I wonder how many former FAU players will be in attendance?


He invited every single one who never played in the stadium, so would expect a good showing…