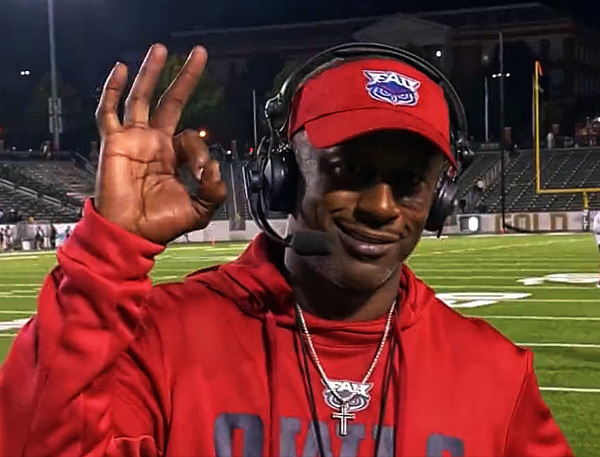 The Florida Atlantic Owls [4-3, 2-1 C-USA] silenced all doubters by snapping their long road losing streak with a 38-9 win over Charlotte last week. Now, they return home to defend their 11-game home winning streak against the UTEP Miners [6-1, 3-0 C-USA], who rank just outside the top-10 in run defense with 94 rushing yards allowed per game and have the 19th-most turnovers per game with 1.9.

UTEP also features wideout Jacob Cowing - who ranks sixth in the nation in receiving yards with 775. "We gotta continue doing what we're doing defensively," head coach Willie Taggart [photo] said. "We don't have a shabby defense and our guys gotta know where he is on the field at all times and we need our defensive line to continue to play like they played this past week."

Here is what Taggart had to say on Monday leading up to Saturday night's clash with the Miners:

On UTEP's 6-1 Start, Being Toughest Home Opponent "It's tough to say, I think they're all hard. I look at every game we play as hard. I'm excited that we get to play them at home. We got them at home, where our guys love playing and have our fans here to support us, so, like I said, they're all tough and all the games from here on out are tough, so it's gonna be tough, whether it's home or away, but you will want it no other way. When you like it that way and as our football team continues to build throughout the season, I think each and every game our guys are learning those learning characteristics of a winning football team."

On Winning The Turnover Battle "Always important again. Each week I get up here and tell you guys always talk about taking care of the football on that's our goal, that's a must for us, each and every, every week, take care of the football and then for us on defense, try to get at least three takeaways. You know I gotta strive to do that where there are actually getting interception or fumble or getting a turnover on downs, you know, my guys on defense thrive to do that, on offense, we had to take care of the football going and we can do those things and gives us a high percentage of winning ballgames. So don't turn it over and we're getting those takeaways."

On Stopping the Run "Like last week, we need to get multiple guys to the ball. That's really big to get multiple guys running to the football, and not just running to the football, we have to do a great job of tackling. I thought last week, we didn't do as well as we should have when it came to tackling. We had a lot of missed tackles in that ball game and we have to be better at that this week and I know Coach Stoops and the defensive staff will be focusing a lot on that pathway to knocking folks back when we do tackle and not letting them get that extra yard."

On Being No. 1 in the C-USA East  "I promise you, we're not thinking about anything other than UTEP. We do not play the scoreboard, so we're not worried about that thing up there, we're worried about UTEP and their offense, defense, and special teams. So, that's all we're locked into and that's all we need to be locked into, we can't worry about things that we can't control, we gotta worry about the thing that we can, which is having a great week of practice and going out there and trying to have our best game this week."

On Running The Ball vs UTEP's Elite Run Defense "I guess it's gonna be a matter of will because that's something we want to do and something we have to do. That's who we are as a football team. When we can do those things, good things happen for us. We understand that the defense that we're going against and they've done a great job throughout the season so far, but we got to be able to run the ball and we gotta find a way to be able to do it. They're a stingy defense, so it'll be a challenge for our guys, but a challenge that they're up for."