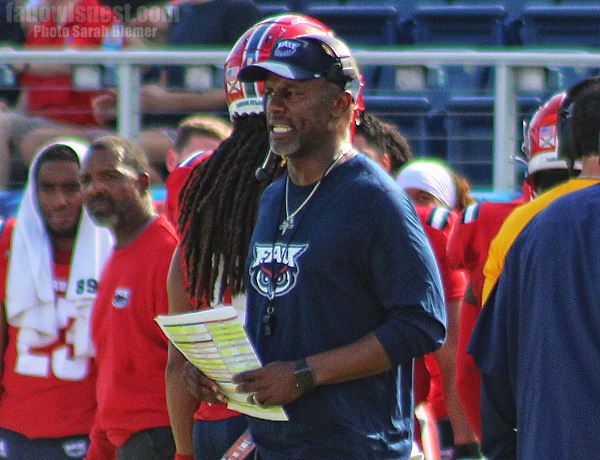 With a 38-6 win over Georgia Southern, Florida Atlantic is now 5-0 at home under head coach Willie Taggart and winners of their last nine games at FAU Stadium. With the focus shifting to Fordham, the Owls will be looking to extend their home winning streak to 10 games.


Taggart does want to see more improvements out of the offense after giving up 11 sacks in the past two weeks, including five last week, and being just under two minutes away from being shut out in the first half in the second straight week. Tight end John Mitchell found the end zone with 1:45 left in the second quarter to end the first-half scoring drought.

Coach Taggart met with the media on Monday following the big win to discuss what went right and what needs to be improved going into next week's game against Fordham.

On Slow Start From The Offense "We just have to keep working to get better each and every week. By no means are we perfect and by no means are we playing our best and that's our goal every week, striving to play our best. So, we gotta keep working in practice on the necessary things we need to do in order to be consistent and play the way we did in the second half. You like to start fast, but we didn't think about it. Our guys found a way to correct some things and make adjustments and figured it out and were able to score some points."

On Lajohntay Wester's Breakout Performance "We saw a lot of that out of him last year when he first came in as a freshman, and now what you're seeing now is this kid got some experience last year and he's more confident in what he's doing. He has a better understanding of what he's doing and he went out and made the plays that needed to be made for us. We have a lot of confidence in him and I challenged him in the hotel on Saturday to go out and have a great game, and sure enough, he did."

On Pressure To Keep Undefeated Record At Home "I wouldn't say there's any pressure. That's a goal of ours as a football team is to win all of your games at home. That's one of our season goals and that's going to be there every single year. It's really exciting that our guys take pride in playing and taking care of our home field. It's important to us and it was great on Saturday because that was the first time I've been in there with fans on our side. After not having everyone in there last year and to be able to come out there and see that experience. This past Saturday was awesome and I think having our students there and excited and our fans like that. It just helped our football team to take, and protect our home field so it's great for our players. I want to make sure it's great for our fans and our students and we all take pride in taking care of our home."