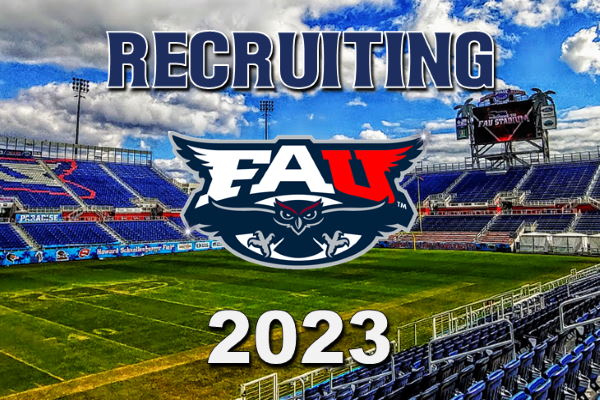 As the Spring football season comes to a close for FAU, the Owls are on the cusp of hosting their second major recruiting event for the 2022 cycle, which will coincide with the annual Spring Game this Saturday.

Visiting prospects will check in starting at 4:00 PM and the game will follow later at 6:00 PM.

Like the very successful Junior Day, which enjoyed a record number of attendees from a plethora of high school programs, this weekend's festivities are expected to draw another record turnout.

But the overall push is for a global participation and support from the entire FAU community, while presenting a festive atmosphere for the visitors alike.

"If you're a student on this campus, you need to show up. These kids have earned that - they've worked their tails off", said Owl Defensive Coordinator Todd Orlando.

"And anybody around the community, this team is going to be exciting and you need to be here to support them. We'd like to see a huge crowd, because it's going to help us when we play Charlotte", Orlando Said.

The staff, team, and program at large are touting and treating this as a "Game Week", and have been promoting it with zeal across the campus, in interviews, and on social media platforms.

"Last week of Spring Football, cant wait to end it with a bang Saturday", said Defensive Back Coach Brandon Harris via social media. 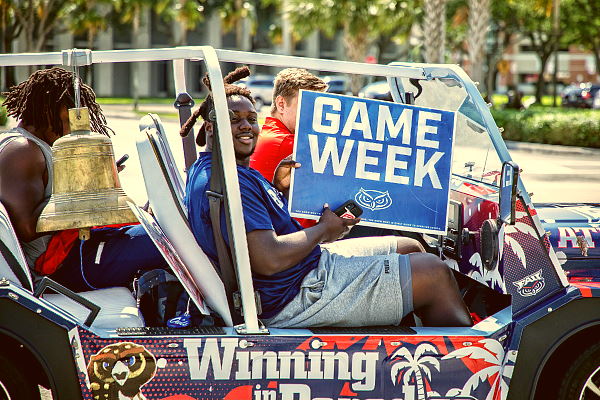 Enjoying a return to normalcy after what was a two-year pause due to COVID-19, they kicked-off visits at the beginning of the week with some prospects making making their way in early for in person meetings.

One of those was Clarke Central signal caller Lucian Anderson III, who enjoyed a film review session with Offensive Coordinator Brent Dearmon, facility tour with High School Relations Coordinator Shane Marinelli, as well as meetings with other staff members.

"Everything was great!", said Anderson of his visit and overall experience.

On Saturday's recruiting front, some notable prospects from the Sunshine State expected to be on hand include:

Dewayne "Deejay" Holmes - Holmes is a touted 6-1", 230 lbs class of 2023 edge who hails from Pahokee and is drawing high interest from a variety of P5 programs such as Louisville, Pitt, Purdue, UCF, and others. He was named the Sun Sentinel Defensive Player of the Year for 2021.

Xavier Terrell - Local 5-8", 175 lbs RB from St Thomas Aquinas Fort Lauderdale who is currently being pursued by P5 programs Pitt, FSU, GA Tech, and others. Was offered by the Owls on March 7th.

Eddie Combs - Also in the class of 2023, Combs is a 5-11", 170 lbs high three star WR prospect out of Satellite Beach, FL. With well over a dozen offers under his belt, some of his current courters include Nebraska, VA Tech, Coastal Carolina, and Iowa State.

All prospects will get a chance to see the Owls' state of the art Schmidt Athletic Center facilities prior to FAU Football game action.

As we reported earlier in the week, FAU Stadium is set to receive a turf upgrade this summer.

As part of a University driven initiative, which as approved by the Board of Trustees, the surface replacement will feature state of the art materials, and afford more scheduling flexibility around usage, as well as weather risk management.

The project is expected to land within the $1.2M range but has received approval for a maximum of $1.5M should it see either supply chain increases or incidentals.

The move aligns the University's field surface to that of all other programs within C-USA at present, and the majority of the soon to be remodeled American Athletic Conference membership base.