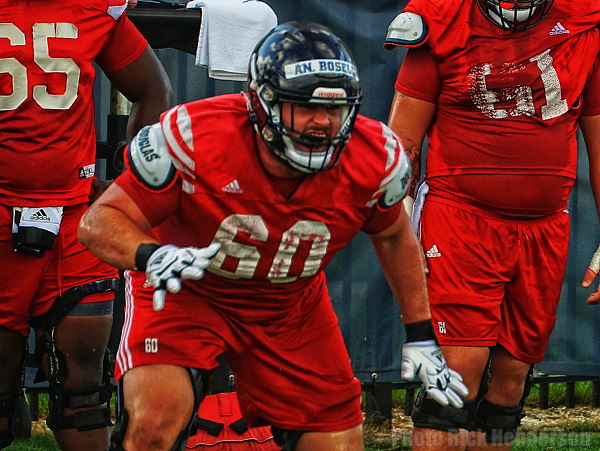 FAU (0-1) is coming into Saturday's game against Georgia Southern (1-0) with a chip on their shoulder after giving up 400 rushing yards to Florida last week. The Eagles run a triple-option offense and are known for being a tenacious rushing team, averaging 267.2 rushing yards per game last season, which ranked fifth in the nation in 2020. To start the season, they have the third-most rushing yards as a team after week one, putting up 360 yards against Gardner-Webb.

"Georgia Southern is going to present a lot of the same problems we saw a week ago with defending the quarterback and defending the option plays," defensive coordinator Mike Stoops said. "It's going to let us know if we've improved in those areas."

When Florida Atlantic played Georgia Southern on Dec. 5, 2020, they allowed the Eagles to rush for 269 yards as a team, with 78 of those yards coming from starting quarterback Justin Tomlin.

The Eagles will have a new man under center, true freshman Cam Ransom, who threw for 90 yards and a touchdown on 8/13 passing.

Kickoff for Saturday's game is set for 3:30 p.m. at FAU Stadium. The game will be broadcast on Stadium.

Inside the Burrow 2021 Ep 5: Georgia Southern