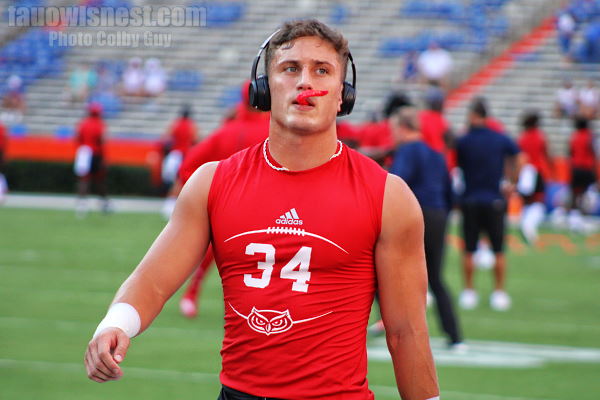 With their first win of the season in the books, Florida Atlantic (1-1) is looking to stay undefeated at home under head coach Willie Taggart, as Fordham (0-2) will travel to Boca Raton to play the Owls on Saturday, Sept. 18. This week presents a new challenge, as FAU will be going from playing a Georgia Southern team that only passed for 118 yards last week to a Fordham offense that averages 257.5 yards through the air this season.

Quarterback Tim DeMorat in particular is a player that FAU needs to stop, as he is coming off of a 352-yard, three-touchdown performance against Monmouth. "He's an excellent thrower of the football," defensive coordinator Mike Stoops said. "I think this is his third year starting. I like the way he throws the football, he's very accurate, he'll look you off and go the other way, he does a lot of good things. He handles the football, the run-pass option reads are very good, and he's able to get out of a run play and throw to his receiver, so they do an excellent job of spreading the field."

FAU will now have to go from stacking the box to locking up on individual assignments and that has been the focus throughout practice this week. The development of getting to the quarterback has also been something they have been looking at improving on as they head into their first-ever matchup against the Rams.

Kickoff for Saturday's game is set for 6:00 p.m. at FAU Stadium. The game will be broadcast on ESPN3.