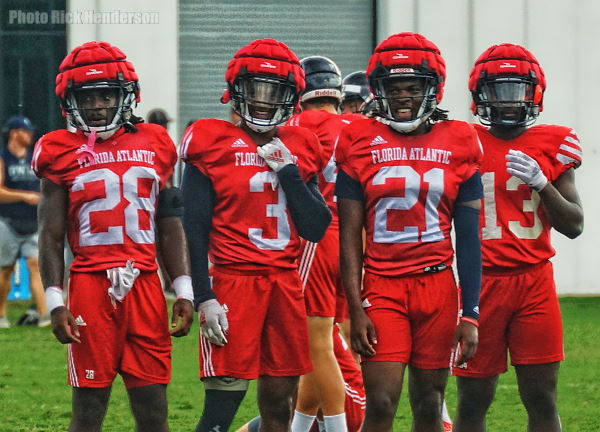 After getting their first road win of the season, FAU [4-3, 2-1 C-USA] heads home, where they've been most comfortable this season. They're now on an 11-game home winning streak and welcome UTEP [6-1, 3-0 C-USA] for one of the most crucial home games of Head Coach Willie Taggart's FAU tenure.

It's tough to say, I think they're all hard. I look at every game we play as hard," he said when asked if this is his toughest home test yet. "I'm excited that we get to play them at home. We got them at home, where our guys love playing and have our fans here to support us, so, like I said, they're all tough and all the games from here on out are tough, so it's gonna be tough, whether it's home or away, but you will want it no other way. When you like it that way and as our football team continues to build throughout the season, I think each and every game our guys are learning those learning characteristics of a winning football team."

On defense, FAU will have to deal with UTEP wide receiver Jacob Cowing, who currently ranks sixth in the nation and first in C-USA with 775 receiving yards.

"We gotta continue doing what we're doing defensively," Taggart said. "We don't have a shabby defense and our guys gotta know where he is on the field at all times and we need our defensive line to continue to play like they played this past week."

FAU will look to move to 3-1 in conference play with a win against Cowing and the Miners, as they face off on Saturday, Oct. 30 at 6:00 p.m.