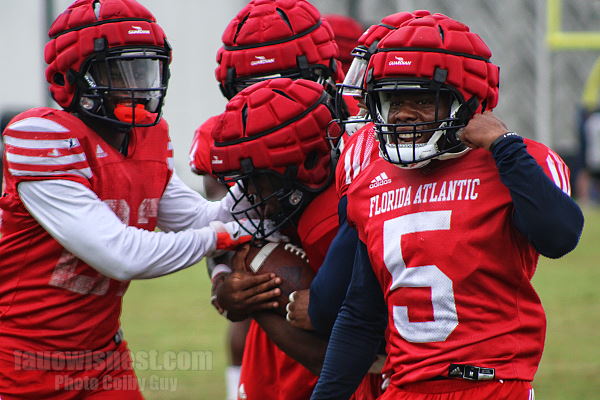 Based on most recent social media commentary, one might say that it's hate week for FAU [5-3, 3-1 C-USA] as they face off against the Marshall Thundering Herd [5-3, 3-1 C-USA] and fight for first place in Conference USA's Eastern division.

And FAU players seem to agree.

"This is my first year here for the Marshall game and it's worse than FIU," offensive lineman Chaz Neal said. "It's hate week. Every week is hate week for us, but this week, it's personal. If we win this game, we win the conference championship. We're gonna take care of business this week and it's going to be very physical up front."

Marshall is bringing back a similar team that they had when they beat FAU 20-9 last season - also bringing back a lot of experience in general from the Herd's 7-1 series lead over FAU.

FAU looks to counter Marshall's history of beating the Owls by this game's being at Schnellenberger Field, where they have a 12-game winning streak. Find out which one of those streaks prevail as the two teams go head to head for first place in the C-USA East. They'll take each other on at 6 p.m.