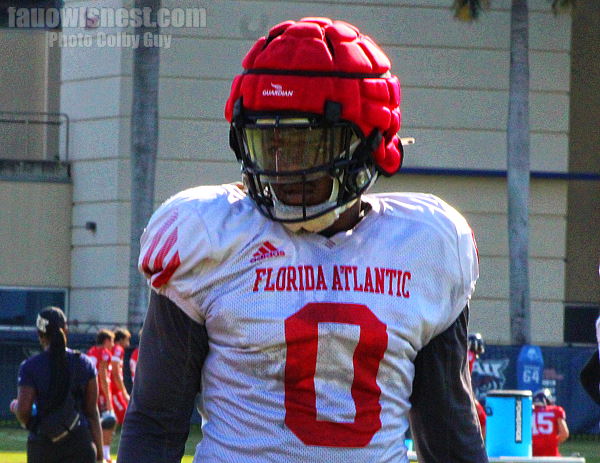 Starting off the conference schedule with a huge 58-21 win in the Shula Bowl over rival FIU, the Florida Atlantic Owls (3-2, 1-0 C-USA) face one of their toughest tests yet against C-USA West foe UAB (3-2. 1-0 C-USA.) The last time the two teams faced, the Owls defeated the Blazers 49-6 in the 2019 C-USA Championship Game.

"We knew coming off of the Air Force game, we know we didn't play or execute anywhere close to what is needed to finish out our schedule and we wanted to bounce back and have a great week of practice," offensive coordinator Michael Johnson said of overcoming a tough 31-7 loss to Air Force heading into conference play. "I think what we did in the game was a direct reflection of how we practiced last week."

Now, FAU is preparing for a tough week against a Blazers team that went 3-1 in conference play last year, defeating Marshall in the C-USA Championship game. Albeit, they will be without starting quarterback Tyler Johnston III, who played a crucial role in their conference title run, as he is out indefinitely with an injury. Redshirt junior Dylan Hopkins, who takes his place, is throwing 41-65 with 653 yards, seven touchdowns, and two interceptions heading into this game.

"When you look at the game against Liberty, [Hopkins] threw a ball that a receiver dropped that was going to be a 70-yard touchdown," defensive coordinator Mike Stoops said. "His ability to throw the ball is equal to the people we've seen thus far and he can stretch the field vertically in a lot of different ways. They want to throw when they want to throw, when you force them into throwing in situations they're not comfortable in, that's a huge advantage to a defense, so we have to be able to put them in long-yardage situations where they're not comfortable."

Florida Atlantic is still searching for their first road win of the year after losing in disappointing fashion to Florida and Air Force. Now, they face their third straight tough road test against the Blazers. Kickoff will be at 3:30 p.m. on Oct. 9, 2021, and the game will be broadcast on Stadium.