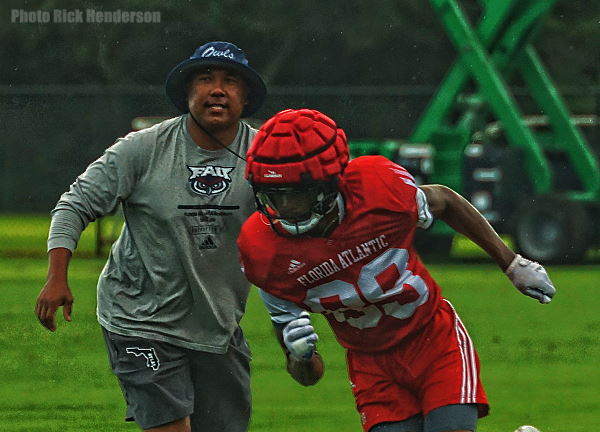 After a much-needed bye week, the Florida Atlantic Owls (3-3, 1-1 C-USA) are set to face off against the Charlotte 49ers (4-2, 1-1 C-USA) in a pivotal Conference USA matchup. These two teams have been rumored to be taking their conference rivalry to the American Athletic Conference, but FAU Head Coach Willie Taggart isn't focused on conference affiliations.

"I don't know what distraction you're talking about," FAU Head Coach Willie Taggart said when asked if any distractions have leaked to the team since the news broke. "Our guys have been locked into Charlotte since we got off the plane from UAB. There haven't been any distractions that I know of."

They're going to need to play a distraction-free football game going against one of the conference's best teams this season - a Charlotte team that sits atop the C-USA east division and for good reason. Their offensive line has only given up 10 sacks all season, which is the fourth-fewest among C-USA squads, and fifth-year starting quarterback Chris Reynolds has only thrown three interceptions, the fewest among C-USA starters.

"He's been there too long for me and it's only been a year and a half," Taggart said. "He has such command on the offense, a great understanding of the offense, so he rarely gets in a bad position because he has an understanding and knows where all the outlets are within the offense."

FAU will look to take first place in the division from Reynolds and the 49ers, as they face off in Charlotte, N.C. on Thursday, Oct. 21 at 7:30 p.m.