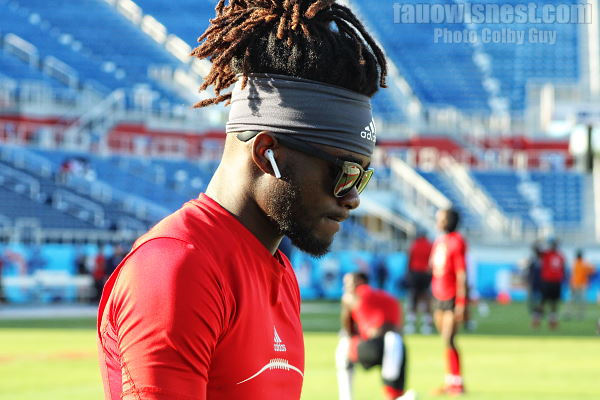 It's an uphill battle for FAU [5-3, 3-2 C-USA]. After dropping their last game 28-13 to Marshall, the Owls fell from first place to third place in the C-USA East and now need some help from other teams to be able to make it to the C-USA Championship game.

With Marshall playing against UAB and Charlotte playing against Louisiana Tech, Owls fans are going to have to do some scoreboard watching this weekend - but that doesn't mean the team will be.

"We just have to control what we can control and win out," cornerback Romain "Smoke" Mungin [photo] said. "Whatever happens then, happens."

The Owls will have a lot of work to do to redeem themselves against the red hot Monarchs, as they're set to take the field on Saturday, Nov. 13 at 3:30 p.m. The game will be broadcast on ESPN+.