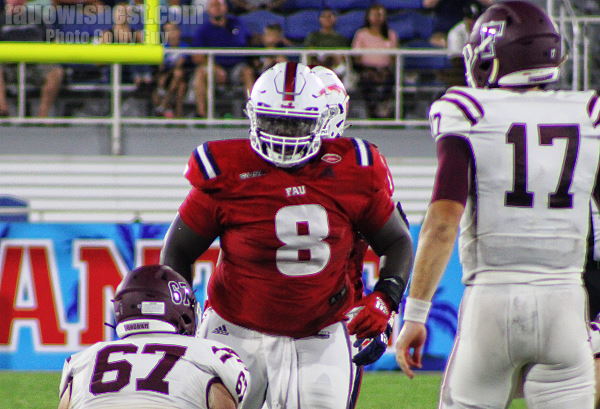 After being in first place in the C-USA East Division going into their game against Marshall, two losses now put them in danger of losing their chance at bowl eligibility. And they'll have to go through Western Kentucky.

That will be a big uphill battle with WKU [6-4, 5-1 C-USA] being home to one of the nation's best signal-callers - Bailey Zappe.

Zappe leads the nation in passing yards (4,170)  and passing touchdowns (42) while having a 70.8% completion percentage and only seven interceptions on the season.

"I don't think you stop him," Mike Stoops said. "You just have to get stops. I think you gotta' limit explosive plays and I think if there's one thing we can do better defensively, that's one."

It's win or go home - for a final fight for bowl eligibility - for the Owls. If their two-game road trip, which started with last week's loss to ODU, they'll be fighting for their right to postseason football at 5-6.

FAU will head to Bowling Green to face off against the Hilltoppers on Saturday, Nov. 20. Kickoff will be at noon while the game will be broadcast on Stadium.