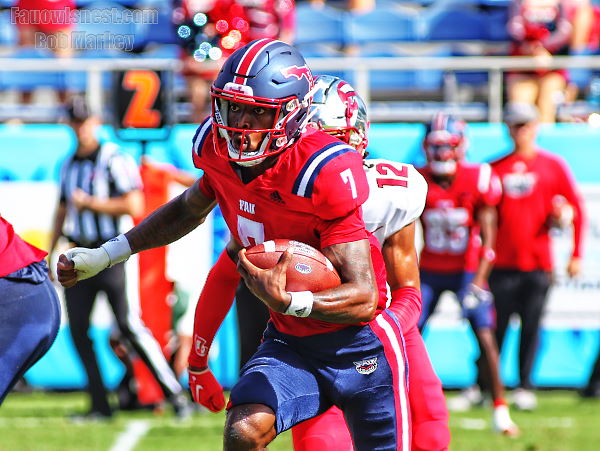 The Florida Atlantic University football team saw its season end on Saturday afternoon at the hands of Western Kentucky. The Owls fell by a final score of 32-31 after the Hilltoppers converted a two-point conversion in overtime.

The first half was controlled by the defenses. After a quiet first quarter, WKU finally opened the scoring on the second play of the second period. A 45-yard TD strike from Austin Reed to Malachi Corley put the Hilltoppers up 7-0.

The scoring picked up in the second half. Both teams scored on their opening possession of the third quarter. The Owls took their first lead early in the fourth on a four-yard TD rush by Larry McCammon III.

The Hilltoppers were turned away on fourth down conversions twice in the second half, but when it mattered most late in the fourth quarter, they came through. Reed hit Jaylen Hill in the back corner of the end zone with 3:56 remaining to tie the game.

FAU had a chance for the win in the final seconds of regulation, but Carter Davis' 46-yard field goal attempt missed to the left.

The Owls got the ball first in overtime and took just two plays to cash in. Perry found Edrine again, from 25 yards, out to put the home side ahead 31-24.

WKU answered with a four-play scoring drive of their own. Rather than play for a second overtime, the Hilltoppers opted for a two-point conversion to go for the win. Reed rolled out to his right and connected with Joshua Simon for the walk-off conversion.


Prior to the game, seven seniors were recognized with a special presentation.

"Me personally, I love these guys. Especially the guys that have been here since I got here, to buy into what I was asking those guys to do, and to try to help me and our staff change the culture here. I can't thank those guys enough."