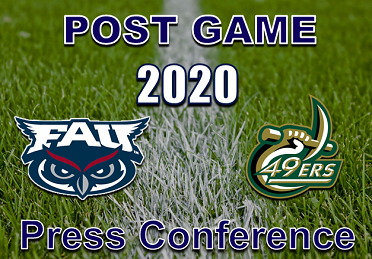 Willie began the game calling a passing game that tried to stretch the field, something Tronti cant really do. Nick was exclusively making throws outside the numbers and those are the throws he just doesnt have the arm to make. I dont want to make this a Tronti bashing post so ill leave it at that. They left so much in the middle of the field in the first half. On replays you can see a WR running down the middle with a good yard to two of separation, those are throws you need to make. Our passing game is going to be predicated on YAC.

The 2nd half adjustments were great. Willie realized that the TE's were running open down the seams all game and thats what led to the Logan TD to get us going. Tronti finally reverted back to his 2019 self and found holes in the qb run game which helped open up the pass a bit. Hes a strong runner but thats not something I think would work against very strong run defenses like a Marshall. You cant win with that style of football.

Im strictly talking offense here. The defense was almost perfect. The tackling was perfect. Jim is coming from being a defensive coach of the year working with the Super Bowl 49ers team in 2012 and i expected improved linebacker play. Im very pleased.

I think we will get more breakout games in terms of the running backs at some point. They havent been hit in months like yesterday so they will get there. We need to do something about the passing game though. You cant go into every game down by 14 at halftime. A team like Marshall wont let that happen. I bring up Marshall a lot because those have been our main rivals for the past few years. We need to fix the passing game, Get Tronti moving, use the middle of the field more and not hug the sidelines like Tronti was doing.