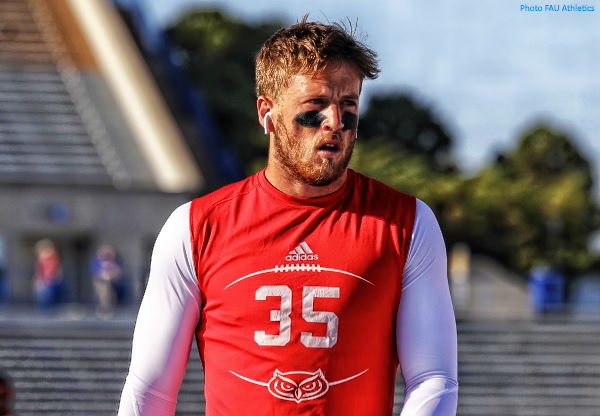 Florida Atlantic falls to 0-2 on the road this season, losing 31-7 to Air Force. After allowing just 29 rushing yards to Fordham, the Owls were unable to translate that success against Air Force's high-powered triple-option offense, giving up 401 rushing yards to the Falcons. Quarterback Haaziq Daniels toyed with FAU on the ground, rushing for 164 yards and two touchdowns on 17 carries, including a 94-yard rushing touchdown in the first quarter.

This is the second time the Owls gave up more than 446 yards on the ground this season, as they allowed 400 yards when they made the trip to Gainesville to face off with the Gators in Week 1.

Air Force started the game with 24 unanswered points, with Daniels opening the game with a four-yard touchdown rush before his 94-yarder with 5:35 to go in the first quarter. The Owls went scoreless for their third first quarter in four weeks, as they wouldn't score until N'Kosi Perry broke for a 34 yard rush with 3:42 to go in the first half. After a missed field goal to end the half, the Owls had some hope going into the second half, but a slow start offensively and a Micah Davis touchdown restored Air Force's 24 point lead with 3:30 to go in the third quarter. Quarterback N'Kosi Perry's run of touchdowns without an interception ended at seven, as he was picked off by Air Force safety Corvan Taylor with 4:24 to go in the game. His 167 attempts without an interception was the fifth-longest active streak in the FBS.

Safety Jordan Helm [photo] led FAU in tackles with 15 on the game. He did a good job in limiting the big plays that went past the front of the Owls' defense and brought the physicality with some big hits. Cornerbacks Diashun Moss and Korel Smith also joined in on the tackle party with seven a-piece. Most of the tackles came from the secondary, as Air Force's rushing attack did a great job at powering through FAU's front seven.