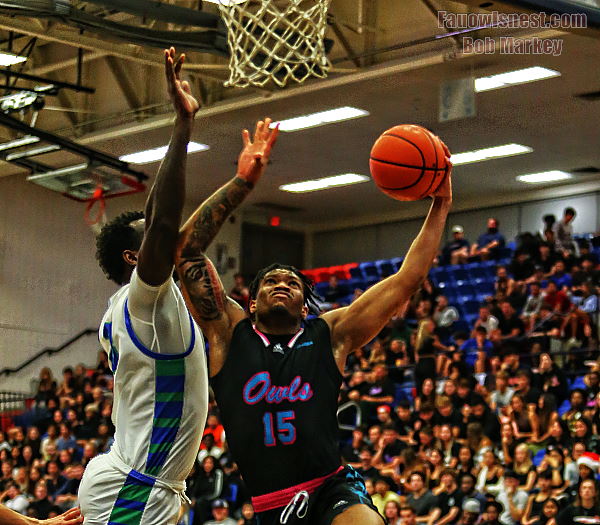 The Owls continued their impressive early season play with an 85-53 blowout win over the 7-3 Eagles, in a game that was not close after the opening tip.

The Owls continue their best start in school history at 8-1 and extend their winning streak to seven games. Tonight's blowout win is the sixth straight win by double digit points and the third win in a row by 20 points or more.

"For only the second time all year, we had our full roster," head coach Dusty May said. "We looked healthy, fast and explosive, and we took care of business at home."

The Owls continued to use the 3-pointer to their advantage, hitting five consecutive 3-pointers during that run. The Owls shot 46.7% (14-of-30) from 3-point range on the night.

Alijah Martin returned to the lineup for the first time in four games and wasted no time making an immediate impact.

Martin tallied a season-high and a game-high 21 points tonight on 8-of-13 shooting from the floor and knocked down 4-of-8 3-pointers.

FAU took a 41-28 lead into the locker room then stretched their lead to 24 six minutes into the second half. The Owls shot 62% from the field in the second half (18-of-29) to coast to the victory.


After playing multiple games per week for a stretch, the Owls will enjoy an extended break from game action before returning to Baldwin Arena next Wednesday against St Thomas at 7:00 PM.