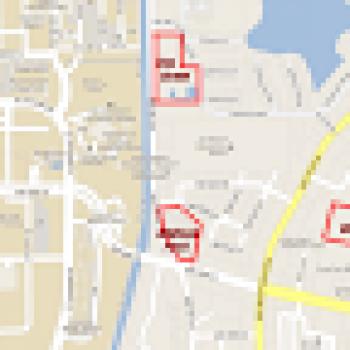 The idea gets less and less crazy every year... and fortunately for us, the mayor's on board with it:

"I think that Boca is finally getting younger," Mayor Susan Whelchel told the Palm Beach Post last year. "Ready or not, it's here. We are a college town."

A little premature but she's on the right track. Most definitions of college towns are along the lines of "a community dominated by its university population."

Well, we may not "dominate" Boca Raton but think about this:

Ergo, on a given weekday, there are up to 41,000 college students in Boca Raton.

That's a number that nobody talks about... but they should.

What I'm trying to get at here is that the number of college students in the city on a given weekday is almost equal to half of Boca Raton's population.

College students are therefore Boca's largest "untapped" resource, with very few local businesses willing to commit to the college demographic. Incredibly, even the "University Commons" along Glades Road - which FAU owns - is managed by a developer that shoots for an "all-ages" demographic.

Guess business owners have cold feet because they're worried that not enough students live in the area. So leave it to student housing to pave the way.

Here are some renderings of University Park, an "off-campus dorm" that will be built along 20th Street in 2013. Inspired by the unexpected success of Addison Park on 20th Street and NW 5th, University Park may be ushering in an age of "student housing" developments that, until recently, have been alien to the city. In fact, in order to approve this project, the City Council had to work with Planning and Zoning to establish new ground rules for how student housing is going to work in the city. UP will likely be followed by a project called "The Grove," now in Preliminary Application stage. The picture below will allow you to get your bearings on where these projects would be in relation to campus.


Once you have enough students living on the east side of campus, it becomes an unofficial "student area" that Boca is trying to support through the proposed formation of an "overlay district" that would rename 20th Street to "University Boulevard" and encourage "university-centric growth" along its length up to Dixie Highway. Presumably this would lead to a dedicated street of campus businesses including restaurants, entertainment venues and retail to replace the industrial dead zone there.

More on this in the near future... point is, 20th Street makes the most sense to become a "college street" since it leads directly to campus and the projected home of the new Student Union.

The second part of creating a "college town" environment is integrating Glades Road directly in front of campus with more college-centric development. Arguably the most popular (and thus most visible) road in Boca Raton, it already has FAU banners along the south side of campus to promote university pride in the city. However, University Commons doesn't live up to its potential as a student hotspot and there are unmet student needs on campus that could be solved by expanding it into the red area below (the light blue line represents how easily sidewalks could connect the 1,800 students who live in that area to this new development)


This development could either support new student housing OR a mix of low cost, FAU-centric retail and restaurants. During the day, students (and staff) want a place that they can reasonably walk to for lunch without moving their cars and losing their spot. At night, students want a variety of places where they can eat and socialize once the campus has thinned out. So the best thing to do would be create a place with outdoor seating and red and blue umbrellas where students can do hang out and enjoy themselves.

Once you have these two big pieces in play, you've created an off-campus atmosphere in high traffic areas where students are out and about, enjoying themselves, and all the people passing through see this. once you see it, especially when you see it every day, you start buying into the idea more and more of Boca Raton as a college town.

Because the potential is there. It really is. It's just waiting for the right mix of development to bring it to life. once that happens, Boca Raton goes from being a town in search of a "brand" or an "identity" (the City's words, not mine) to being "one of the nation's nicest college towns."  You'll see.