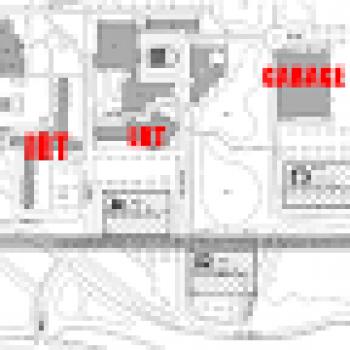 Once a year, FAU creates a ranked list of projects that it would like funded by the State Legislature. Essentially, every time a new building goes up, it's usually because FAU gameplanned for it a couple years earlier and asked the Legislature to give them the $20-50M (million) dollars to construct it.

PECO Funding (Public Education Capital Outlay trust fund) ? PECO is funded by the gross receipts tax, which is a 2.5 percent levy on the gross receipts of electric, gas and telecommunications. This tax is devoted entirely to the Public Education Capital Outlay and Debt Service trust fund (PECO) and is the major state source of revenue dedicated to new construction, repair, renovation and expansion of public schools (K-12), community colleges and state universities.

CITF Funding (Capital Improvement Trust Fund) ? Used only for the construction, renovation and improvement of student-related facilities. CITF is funded by student fees that are collected as part of the tuition, and bonded proceeds are distribution approximately every three (3) years. Projects are approved by a committee comprised of students, faculty and staff and are submitted to the FAU Board of Trustees for approval. All CITF projects are then submitted to the Florida Legislature for appropriation.

As you might expect, FAU doesn't get everything it asks for because of budget constraints so the universities have lobbyists pushing for certain projects over others. Since politicians ultimately decide who gets what, and Florida politicians also tend to graduate from a Florida university, it's not uncommon for projects at certain universities to get favored over the others.The excuse for this is usually that our most important duty is to "support out flagships," even if it comes at the cost of building things at the "other guy's" schools.

Anyway, the current document outlines some interesting priorities (you won't see Greek Housing on here because the state doesn't fund housing) and it'll be interesting to see what gets funded. As far as Boca Raton campus projects go:

Renovated buildings: $40M for the Wimberly library, $25M for Social Sciences (the Spaceship), ~$25M for Administration building renovation, $10M for Science and Engineering, $9M for the Student Union, $8.6M for Instructional Service and $6.5M for Arts & Letters.

Other: $2.5M for Breezeway Repairs (more on that in the future) and $5.2M for "realignment of Indian River Blvd." Remember this?

More info on the original blog entry.
(I'd like to give you dates as to when these projects will happen but the CIP splits up the appropriations into multimillion dollar chunks over several years and I don't know if they put shovels into the ground when the first check is received or the last... point is, "sometime in the next five years, hopefully")

The Wimberly library is definitely in need of a renovation. Considering that new buildings cost $40M, we're talking about a major renovation and likely expansion here. Where would it expand? Well, you know that parking lot out in front? Yeah.

I'm happy about this for several reasons. one, the size of your library collection matters not only academically but also from a reputation standpoint (not going to go into it, just trust me on this). Two, there are several things I dislike about the library both aesthically and functionally, the most salient of which is the god-awful entrance (what is it, a federal tax building?). There's no way to get into the library from any area that's covered from the elements so I've lost count of how many times I've watched people say "screw it" and run from the ugly entrance to Parking Garage 1 in the unrelenting rain.

What's especially frustrating is that there's really no reason for it. The library is ideally positioned to allow a physical connectivity to Garage 1 on the west side and the Breezeway on the east side. So yes, FAU, please fix the library, make it look appealing, expand it, put in a nice pocket park and add side entrances with overhangs to stay out of the rain.

Also, rebrand it "the W." (for Wimberly) Just put a big W on it. Engraved, banner-style, whatever.
Big "W", smaller text next line "Wimberly", next line "library." Here's your model:

Money for Social Sciences, the Admin and Student Union comes out to be $59M altogether, an amount which certainly comes in handy if you're trying to move Administration into the Spaceship so the old Admin building can become this:

Photo from Leo A. Daly Architects for an FAU study.
...the new FAU Student Union (concept). Very exciting stuff. More about this in an upcoming entry.

First of all, FAU has way too many buildings called "Engineering." Engineering West is rumored to become a general classroom building (like the General Classroom North/South buildings). Science and Engineering should become, what, Mathematics? Mathematics and Chemistry? The rule of thumb is, when you expand and become a "real" university you have big enough departments that you can dedicate entire buildings to them. After that you start splitting off and constructing buildings for, you know, Nanochemistry Institutes and whatnot. Still, $10M is not a lot of money to spread over three buildings so you're talking facelifts here, maybe moving offices and departments around.

I'm not sure where "General Classroom (Phase II)" would go, although the Master Plan shows a new building in what is now the parking lot west of Education. Another Master Plan diagram shows an unlabeled building east of Student Services between the baseball stadium and the community soccer fields on the SE corner of campus. So who knows. What I do know is that there is a dire need for general classroom space and this lack of space has led to reduced course offerings, which in turn leads to longer waits until graduation. Lack of adequate class offerings is actually one of the primary driving forces behind our 6-year graduation rate being as high as it is.

$1.5M for Social Work is peanuts so that must be a small expansion or renovation of an existing space for one of our buildings.$6.5M for Arts and Letters is a little more... I know they wanted to expand the current building a little bit to the east. That building, with the one hallway leading past glass walled offices and classroom space is actually really cool so it would be great to see more of that.

$35M for a "Medical Building." Well, that makes sense because: 1) The current medical school is housed in what's really structured as a Biomedical Research facility; 2) The med students have individual cubicles/office space but it's only enough for 64 students and the class size should expand in the future to double that; 3) there's no dedicated med school library or bookstore, like you see in a lot of schools; and 4) There was always a plan to build at least a second building (arrow) to be positioned east of the current building.

This is more or less how they picture the future area called the "Science Broadway":


Now, you should understand that projects come on and off this list all the time so really the top few are usually the only ones that get built. Sometimes a project starts out high, then gets pushed down, sometimes it gets elevated as situations force FAU's hand, and sometimes projects fall off the list altogether. Maybe they'll make a reappearance, maybe they won't, but to finish up let's quickly list some projects that have fallen off the map:

"Vivarium" - a place to house animals for research."Student Life Exterior Renovation" - I think this became the Breezeway Renovation. It might have included general grounds renovation, like installing new planters, pavers, flowers, trees. Who knows.$25M "Science and Technology Library" - might be integrated into the $40M renovation?"Recital Hall""Center for Philanthropy" - don't quote me on this but this might have been tied to Barry Kaye. I think at one point there was a Philanthopic Studies program being considered to train future fundraisers."Convocation Center/Arena" - This will DEFINITELY reemerge in the near future. Believe it."Schmidt Biomedical Center Phase II & III" - aka "Medical Building?""Alzheimer's Care & Research Center Phase II" - this would add onto the Alzheimer's research space we have over by Traffic & Parking. It's an important place."Toppel Family Early Childhood Education Institute" - the Toppel family donated (or was supposed to donate) $3M for this addition to the Education program, which has (had? I need to double-check) a sign up on the vacant land south of the Henderson building."Institute for the Study of Peace and Social Justice" - I guess this would give Criminal Justice, a fairly popular major at FAU, their own building. Have an old sketch for this:

Annnnd now you know a little bit more about the future. It's a blog AND a time machine.