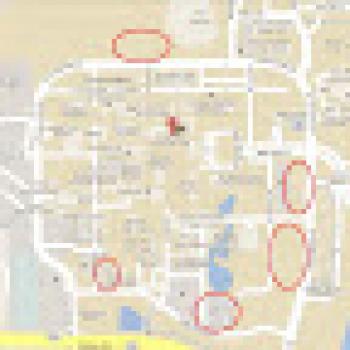 It's the number one complaint for FAU students: parking.

To understand why it's a problem we have to first acknowledge that Fall 2012's enrollment topped 30k, a milestone in our history, and the number of parking spots available is 10,460. Oh, and don't forget that faculty and staff also have to park here, not just students... they are about 500 spaces short for them too.

Fortunately for commuters, that 30k number also counts students from all the satellite campuses like Davie and Jupiter too. As of Fall 2012, approximately 24k students were attending Boca Raton as their main campus, with a parking ratio of 3:1. Now, not all of them are full-time students and not all of them have classes M-F; for instance, some of them have classes only on Tuesday and Thursday. Furthermore, even when they are here (mornings and early afternoons, mostly), they may only be here for a couple hours and then leave campus - the point being that not all of the ~23,000 students are looking for parking spots at the same time.

In response to increased enrollment, FAU has been adding surface parking all over the place. There are several new lots around campus.

Location of new surface parking added in the last few years.
Additionally, they're building a new garage on the north side of campus. Here's a rendering of the upcoming Parking Garage 3 (otherwise to be known as "The Innovation Village garage"), which will cost almost $13 million.

Parking Garage 3 is expected to begin construction March 2013 and open late in Fall (probably November) 2013. The new garage will have room for 943 cars with an ability to expand in the future to ~2,000 cars. After it's built, the campus will have 11,403 spaces total (with 2,968 of them being parking garage spaces).

The ground floor is the exciting part, with a plan for "restaurants, light retail and student services." Although nothing is definite, preliminary ideas included "stores, cleaners, restaurants, hair salon, copy center, internet cafe, coffee shop." The overall plan was to create a new "hub of student life."

Mind you, those were suggestions from back in 2006 when FAU was trying to get approval for the Innovation Village area, including the football stadium. In the years that followed, we added some of those things. For instance, we now have a Starbucks (although it would be a really good idea to build another, bigger one). We have a Toshiba copy center by Starbucks. The Student Union has the New Era barber shop. Subway Cafe was integrated into the stadium and serves the IVA residents.

So what should go over there when it opens? Here are a few suggestions:


Restaurants: We need to take an inventory of the different types of food we currently offer to ensure that we're serving all the different student populations. We're "covered" for pizza, sandwiches, donuts/bagels, sushi, burgers and... whatever Chik N' Grill is. We don't have: a vegetarian place, an indian restaurant, a wings place or a dessert place (like froyo). We are deficient in late night food places (Chili's Too and Denny's All-Nighter are both condensed versions of those restaurants showing up on college campuses). Everybody wants a Chik-fil-a on campus.


Could be an awesome place if FAU plays their cards right.