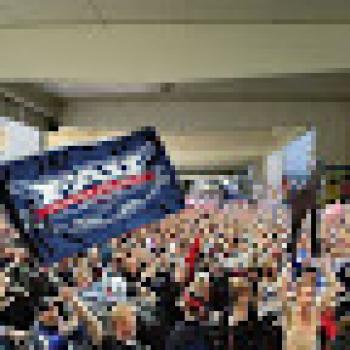 The knee jerk response might be Ocean Engineering, a specialty we founded in 1965. In fact, it's number 13 (of 18) on our Points of Pride website:

13. The field of ocean engineering was pioneered at FAU, which established the country?s first such academic program in 1965. Now augmented by the highly advanced SeaTech research center in Dania Beach, it remains one of the best programs of its kind internationally.

However, we must not do a very good job marketing that information to high school seniors because ocean engineering - or any field of engineering - isn't even included in the Top 10 Most Popular Majors for FTICs (first-time-in-college students, aka freshmen). Maybe we just need to promote ourselves more? You might think that hey, if we founded it, we're probably the best at it. But that honor actually goes to MIT because, well, they're MIT. The good news is that we are on one list of "good ocean engineering programs" along with Florida Tech and (who else?) the University of Florida.

If you're a high school student or a parent of a high school student, your response would be that it's difficult to get into a school like UF or MIT and therefore it must be a good school. Truth is, admissions is really more a game of popularity than anything: how many students apply for how many spots. You can artificially drive up selectivity for a school by manipulating factors on each side of the bottleneck. Case in point: FAU admitted 52% of FTIC applicants in Fall 2006 vs 36% in Fall 2011 by having more students apply in 2011. Incidentally, UF admitted 43% of applicants for Fall 2011.

Photo courtesy of The Owl's Nest (Thanks Lm77!).


The truth is, it's so much more complicated than that.

See, universities with strong academic reputations tend to have well-known faculty (e.g. Nobel laureates, best-selling authors, government consultants, inventors) who have a ton of resources at their disposal (endowments, scholarships, research funding, class and lab equipment, etc) as well as a veritable army of up-and-coming graduate students helping them to pound out research. These schools host regional and national conferences for respected academic societies and challenge undergrads who graduated at the top of their high school classes, students who then go on to graduate and impress employers, motivating those employers to hire other grads from the same school. Altogether a great university provides academic, economic and cultural benefits to the entire nation.

We do have great faculty, although the attrition rate is considerable due to issues with salaries; we're simply not paying enough for the professors we do have, to say nothing about attracting Nobel laureates.

Our resources are limited; for instance, FAU grad students may receive a ~$500 biweekly stipend and no health insurance (with a limited number of TA positions that are earmarked preferentially for Ph.D. students before M.S. students) whereas UF grad students may receive ~$700-800 with health insurance and a guaranteed TA spot. I remember my ENC 1101 "professor" was a grad student who had to work another job on the side just to meet her expenses. The Board of Trustees is already aware that the Graduate College feels like it is losing out on good students because we can't offer benefits commensurate with other great institutions in Florida.

We do host various conferences, particularly in Mathematics, and once we construct a new basketball/convocation center, we can do large scale, multi-day conventions. In the meantime, the new Engineering building may be sufficient for smaller conferences.

How to attract the best undergrads is a hotly-debated issue. We've talked about and will continue to talk about the intangibles (traditional atmosphere, school pride, etc) but, to come full circle here, we need to be able to point to a program or a teaching philosophy and say, "this is our cornerstone. This is the kind of thing that makes us a great university for you, your children and your children's children." We have to ask ourselves, could FAU be the best university in Florida for anything? Could we beat out the Floridas and the Miamis for motivated valedictorians who "need to go to the place where [they] will get the best education?"

There are several ways to provide a "hard" education that "adequately prepares students for the workplace." First of all, we need to expect more from our students. When asked how our school was different than the upper tier schools, one FAU professor replied, "At a school like the University of Southern California, they complain if the tests are too easy. Here, students ask if spelling counts and whether they get credit for attendance." It's a different caliber of expectation and we need to move toward that. We need to feel like students "survived" a class, like I did with Biochemistry and Historical Geology at FAU, rather than skating through multiple choice tests with 4 ridiculously wrong answers and one right one. An easy class gets you a high GPA, sure, which can net you a job just long enough for them to figure out you don't know what the hell you are talking about. once that happens, the employer gets wary of taking on another graduate from FAU because the last one didn't work out so well.

We have an opportunity here to surge forward. For FAU to "grow" up academically, it needs to invest in its professors, its facilities, its students, and its self-esteem. We have to let students know that even if we're super nice and easy on them, that if they skate through college with straight A's, the real world is going to filter them out because real employers don't have to be nice to you and they don't have to pay good money to people who don't know anything (especially in this economy).

Alright, let's summarize with a list to wrap this up. In no particular order, FAU should:

1) Increase the overall expectation of students to match the difficulty of nationally-recognized universities.

2) Create a mandatory "field experience" / research / journal review class for each discipline. Students need to graduate with at least some working knowledge of their field that is non-academic, for many reasons.

3) Consider a possible board-style exam reviewing basic principles from the student's major. The subjects to be covered will be made available since freshman year so the student can create their own "study guide" before the test. The board exam will be required to graduate but failing will not prevent the student from graduating. Instead, students will receive the exam results on what they missed as "you should read up on this before you try to get a job in this field so people don't think you're an idiot and fire you."

4) Consider creating the nation's largest five year dual BS/MS degree program. We have it in a few majors now, but expand the initiative and offer it in as many majors as possible. For the uninitiated, how this typically works is that your fourth year electives are actually mixed in with graduate school classes to put you on the path toward a Master's degree. This creates a situation whereby valedictorians can choose FAU over UF/FSU/Miami because they'll earn two degrees in five years versus one degree in four years or two degrees in six years. It also increases the total number of graduate students, plunges students directly into their field (#2) and would require, at the very least, some sort of "final exam" (#3) to ensure students have a baseline knowledge of their field.

5) Find the areas that we can brag about (like founding ocean engineering, our accounting test pass rates, pioneering research done here) and promote the hell out of them nationally, not just a bulletpoint on a webpage that you might happen to see if you were poking around online.

Full disclosure: I took some very difficult classes at FAU, I learned more when more was expected of me, I liked graduate school even more than undergrad, I would not be scared of a board exam if I knew ahead of time what was on it and that failing could not prevent me from graduating, and I would have chosen FAU over UF if I knew that I could have gotten both a Master's and a bachelor's in 5 years... and I don't think I'm the only one who would make that choice.