The Future of Campus Recreation 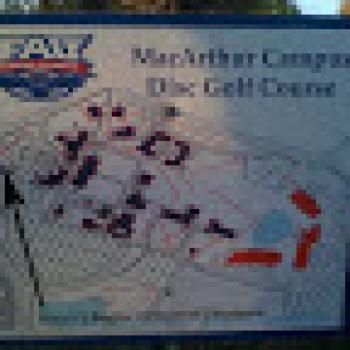 In order for FAU to attract more students and build a reputation as a first choice school, the university has to be sure that there are plenty of things for them to do.

Obviously college is first and foremost about education, but to quote Lewis Black in the movie Accepted, "college is a service industry - as in 'serve us.' You see all these kids? They all paid to come here. They all paid for an experience."

Students need stimulation and they need social opportunities. The results of FAU surveys from all the way back in the early 2000's mention how students want to attend a college with "traditional atmospheres" and "lots of on-campus activities." Study hard, play hard. Enjoy the college life.

Fortunately, we've made great strides to entertain them:

The Student Union went from being a dreary ghost town with a "commuter TV lounge" to a livelier destination for people who want to play pool, dominoes and ping pong. Coyote Jack's also tries to get people out for spoken word and various local band shows, to some success. The Living Room Theater opened, providing opportunities for indie film (if you're into that). However, we could do more here at FAU because a number of colleges show more recent mainstream movies in a 50-seat theater facility for free during the week.Club Sports have expanded, the most interesting being water polo and Muggle Quidditch (yes, from Harry Potter... they even have an International World Cup), as well as an increase in the number of Greek organizations and specialty clubs (I saw a flyer on Twitter for a "Philosophic Beach Running Club," which has gotta be a first). Lots of interesting stuff happening on that front. We renovated the track and field complex, which was already adjacent to a great outdoor climbing facility (although no one ever knew how or when to use it).The new Campus Rec Center is fantastic too, so we're covered for indoor basketball courts, indoor soccer, spinning and yoga, traditional cardio equipment/weights and an awesome new pool.

So the question becomes: what else can we do for students?

Well, FAU can offer them a Disc Golf course, for one. Building a course would cost about the same as the skate park (~$20K).  The Jupiter campus even has one - so why not Boca?

Image courtesy FAU Disc Golf League FB page.
The Jupiter campus course would even provide a financial model so we'd reasonably know how much it would cost to build one here.

And it doesn't even have to be on campus - it could be in a nearby park. Lots of universities have agreements with cities to use space in local parks for recreational uses. Tee pads could be blue or red, depending on whether it's "Casual" (blue) vs "pro" (red) and students could check out discs from Campus Rec or SGA. Other Florida colleges to feature disc golf include UCF, UF, FSU, UWF, and FGCU.

Now, we already talked about the possibility of having a bowling alley in the Innovation Village area in the last post. To elaborate a bit, several universities have bowling alleys on-campus already so it's really not that crazy of an idea. It should also (re)enter the conversation when the only bowling alley in Boca Raton gets knocked down to make way for more "upscale, boutique office and restaurant space" that's supposedly coming to that area.

A little crazier might be the idea of an indoor rollerskating rink. The pitch there would be A) the closest one is Miami, B) students already gather in different places on campus to dance to loud music, so why not skate while doing it and get some exercise too, and C) you could do various Greek/club socials and fundraisers there.The arguments against it are A) would enough students be interested in it once the novelty wears off, B) a rink could cost a million dollars to build, and C) Boca Raton is already seeking proposals to build an ice rink on Spanish River Blvd by the library, so why have two rinks? In any case, I still think it's a conversation worth having.

And then there's the idea of renovating some existing facilities to better serve students.

See, the Campus Rec department has an Advisory Committee and last year they discussed how, "According to National Intramural Recreational Sports Association (NIRSA) recreation space planning guidelines for universities and colleges, an institution the size of FAU should have approximately four (4) basketball courts, seven (7) tennis courts and two (2) sand volleyball courts."

Then-Director of Campus Rec, Eric Hawkes, provided the following sample proposal for more courts (and I added some color to help separate the different types for you guys).

Campus Rec courts proposal can be found here.
This was Campus Rec's idea (as opposed to the other ideas, which were mine) and it would really improve our current facilities. I'm assuming this would replace the existing area of outdoor basketball courts and tennis courts over by the baseball stadium. The existing facilities are... less than ideal, as weather and time has worn them down, not to mention that they're in a less than ideal location too (did you even know they were over there?).

This would also give us an opportunity, if they do it right, to build a really exciting facility that could be branded with our colors and logo like they do at places like Ohio State (see the O logo?)

Unlikely additions would be a paintball field (too much liability, which is unfortunate since we have a pretty good paintball team that could use it to practice), outdoor laser tag (because we probably don't want students running around campus with anything that looks like a gun), an archery range and indoor racquetball courts (apparently "nobody really plays that anymore").

I love the idea of bike rentals, especially multi-person bikes, though the upkeep may be more hassle than its worth as college kids break the chains, pop the tires and cause damage to the frame by running into things. No velodrome either - waaay too expensive.

But hey, you never know what could be built off campus...

Maybe a zipline through the Pondhawk Reserve?
Maybe a swimming hole area?
Or maybe some entrepreneurial spirit could even bring the Bike Bar to Boca Raton:

The "Boca Bike Bar?" Could go down to Mizner and "hit up the Triple B."